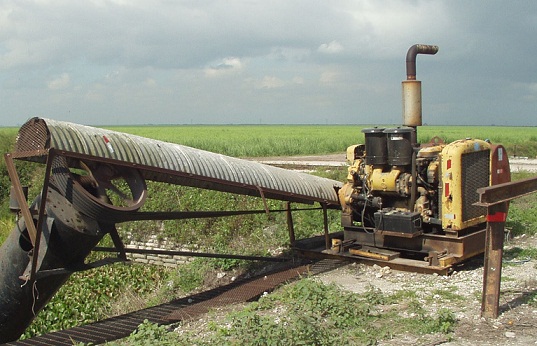 The US Environmental Protection Agency announced on January 14 that it has finalized revisions to standards for emissions from stationary engines that generate electricity and power equipment, better known as Reciprocating Internal Combustion Engines (“RICE”) in regulatory parlance.

END_OF_DOCUMENT_TOKEN_TO_BE_REPLACED

On June 29, the US Environmental Protection Agency (EPA) issued “Step 3” of the Greenhouse Gas (GHG) Tailoring Rule, confirming that the GHG emissions thresholds for permitting under the New Source Prevention of Significant Deterioration (PSD) and Title V Operating Permits programs would remain unchanged from the levels set in July 2011.

PSD permit requirements will continue to apply for new facilities that emit more than 100,000 tons per year (tpy) of carbon dioxide equivalents and for existing facilities subject to PSD that intend to increase GHG emissions by 75,000 tpy. Title V operating permit requirements apply to new and existing facilities that emit more than 100,000 tpy of CO2 equivalents.
END_OF_DOCUMENT_TOKEN_TO_BE_REPLACED

On June 18, the US Environmental Protection Agency (EPA) quietly extended the deadline for submission of the inaugural Toxic Substances Control Act (TSCA) Chemical Data Reports, formerly known as TSCA Section 8(a) Inventory Update Reports. (Just in time, as the reports were due by June 30.) But don’t relax just yet – the revised due date is August 13, 2012, just a month away!

As amended in the August 16, 2011, Federal Register, the Inventory Update Rule was renamed the Chemical Data Reporting rule with the following reporting thresholds and requirements:
END_OF_DOCUMENT_TOKEN_TO_BE_REPLACED 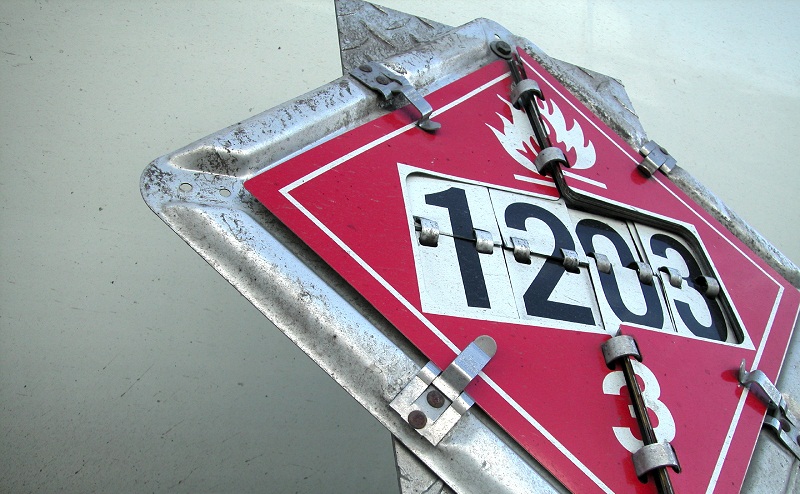 Even if you only ship hazardous wastes, you may need to register…

The US Department of Transportation’s Pipeline and Hazardous Material Safety Administration (PHMSA) requires both shippers and carriers of certain types or amounts of hazardous material to register and pay a fee each year by June 30 (or prior to the shipping activity).

The following hazardous materials and/or hazardous wastes carried on board a vehicle or offered for shipment at any one time trigger annual registration:

END_OF_DOCUMENT_TOKEN_TO_BE_REPLACED 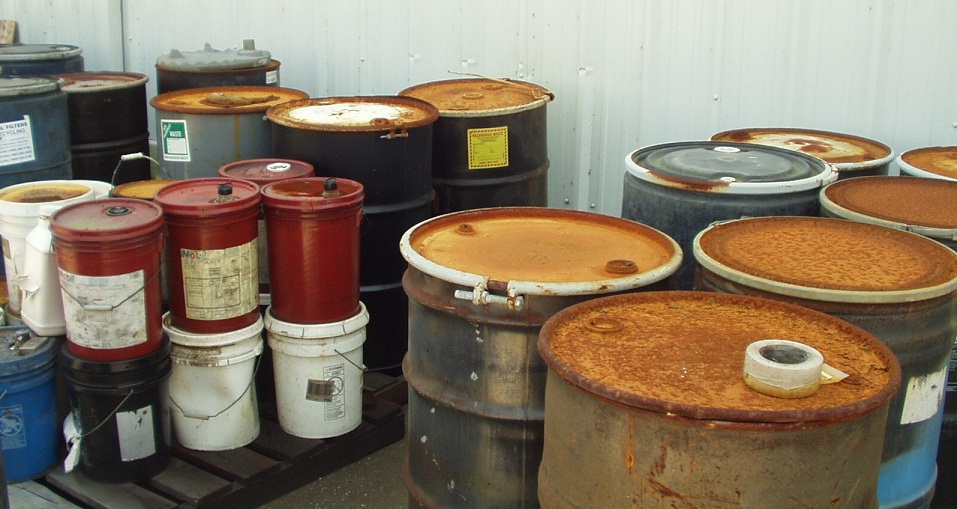 Yep, it’s that time of year again. Toxic Release Inventory (TRI) Form R (or Form A, under certain conditions) reports for 2011 are due to the US Environmental Protection Agency by July 1. EPA prefers, of course, that you file electronically, and has proposed a rule requiring electronic filing – but the rule, if finalized, won’t take effect until next year (for the 2012 reporting year). Look to our TRI reporting page to determine if your facility must prepare and submit Form R or Form A reports for calendar year 2011.

Some rule changes will affect reporting requirements for this year:
END_OF_DOCUMENT_TOKEN_TO_BE_REPLACED

On March 22, the Environmental Protection Agency quietly revised 40 CFR Part 355, with respect to how the threshold planning quantities (TPQs) should be derived for Extremely Hazardous Substances (EHSs) that are non-reactive solids in solution. Effective April 23, 2012, a facility should first multiply the weight of the solid EHS in solution by 0.2 and then compare that quantity to the lower published TPQ. Formerly, 100% of the weight of the solid in solution would be compared to the TPQ.

In a regulatory landscape littered with TPQs, RQs (reportable quantities), TRI Thresholds and Clean Air Act TQs (threshold quantities) applied to EHSs, CERCLA Hazardous Substances, Section 313 Toxic Chemicals and Section 112(r) Substances for Accidental Release Prevention among other chemical lists, what is the actual impact of this change? Where do we find regulatory relief?
END_OF_DOCUMENT_TOKEN_TO_BE_REPLACED 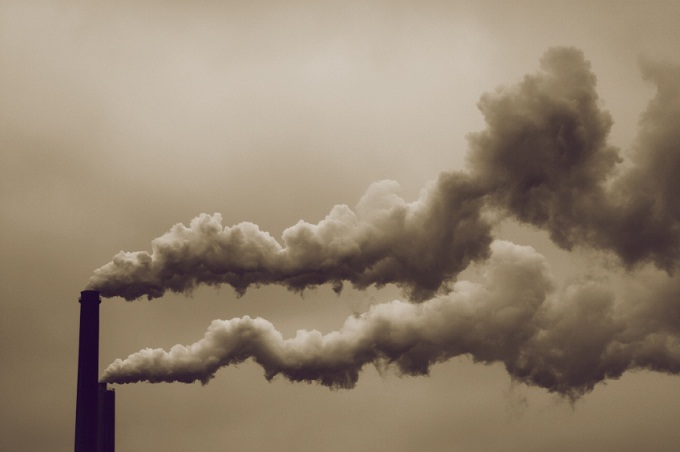 The US Environmental Protection Agency has formally proposed the first national limits on emissions of greenhouse gases, specifically carbon dioxide. The Carbon Pollution Standard, proposed on March 27, will apply to new fossil-fuel electric utility generating units (EGUs). Affected units include boilers, integrated gasification combined cycle (IGCC) units and combined cycle turbine units larger than 25 megawatts. “New” excludes existing units and permitted units that begin construction within the next 12 months. The standard also will not apply to new EGUs that do not burn fossil fuels (for example, facilities that use biomass as fuel).

The proposed standard limits carbon dioxide emissions to 1,000 pounds of carbon dioxide per megawatt-hour of power output. EPA believes that new natural gas fired power plants will be able to meet the standard without add-on emission controls, but coal or petroleum coke units would need to incorporate additional control technologies, such as carbon capture and storage. While the standard does not explicitly forbid the construction of new coal-fired plants, the prohibitive costs for these carbon control technologies will arguably result in a de facto ban on new coal-burning facilities.
END_OF_DOCUMENT_TOKEN_TO_BE_REPLACED 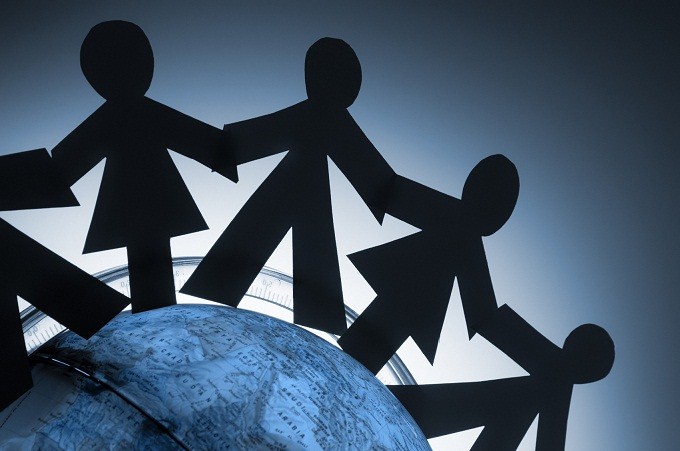 Um, no, this is not exactly what we meant by global harmonization…

The Occupational Health and Safety Administration (OSHA) has finalized its rule intended to conform the Hazard Communication Standard to the UN Globally Harmonized System for Classification and Labeling of Chemicals (GHS). The 858-page (gah!) rule can be downloaded here. It is expected to be published in the March 26 Federal Register.

The implementation schedule for the revised Hazard Communication Standard is as follows:
END_OF_DOCUMENT_TOKEN_TO_BE_REPLACED